ABORTION, GAY RIGHTS, ACLU, ATHEISTS & 10 COMMANDMENTS - SOCIAL ISSUES POLICIES
PLEASE DOWNLOAD OUR PRESENTATION ON THE HOME PAGE TO LEARN MORE
Since we advocate that all Social issues be passed to state jurisdiction, the following is advice to states: 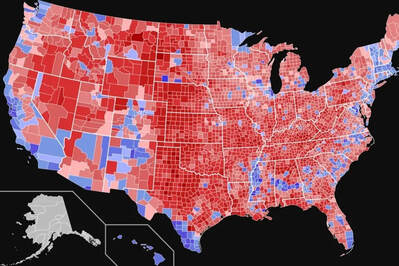 We live in a giant social-economic experiment that swings to the left or to the right depending upon which party is in control.  From the 2020 Presidential election results by county, it is obvious that the people of America’s heartland have a different opinion of how the country should be governed than the big cities and the Northeast.  Unfortunately, you can’t easily leave that experiment if it is going in the wrong directions. No matter what the politicians promise, NOBODY knows how their actions reduced or lengthened the current recession.  There is no way of convincing Democrats that Biden's Build Back Better stimulus plan with high national inflation is the wrong course of action.  Any good turn of events will be given to the party with the loudest voice.  But how do we know for certain the effects of the actions by this or any other administration affect the nation’s vitality, employment, or the welfare of its citizens.  The only way of truly knowing the effects of government’s actions is to set up identical twin governments and not do those actions. Fortunately we already have 50 nearly identical governments and proclaim that as much power should be transferred to those governments so THE PEOPLE can determine how to deal with these social issues.

ABORTION, GUN CONTROL, & GAY RIGHTS
It is extremely clear that no matter how great of crisis is facing America (war, financial crisis, energy crisis, etc), there are voting citizens who are only concerned with electing candidates who address these three issues according to their shared beliefs. As a result, the candidates in both parties are becoming more and more extreme Left or Right. In fact, the Republican Party has splintered into moderate and establishment RINO's.  It should be quite obvious that no matter whom either party elects to office, only minor changes in public law are going to take place. It is quite obvious that neither side will ever obtain a super majority needed to create nationwide laws that suit only one side.  It should be quite obvious that temporary majorities are obtained by either side making huge concessions to 3rd party members who representing small minority groups.

FOR THE GOOD OF THE NATION, WE OFFER THE FOLLOWING COMPROMISE:
Remove all laws concerning abortion from the federal government jurisdiction and move it to the states.
Citizens in each state would be free to create extreme Pro-Choice or Pro-Life laws as well as Gay Rights Laws (Gay Rights include all alphabet people) according to the wishes of the citizens in their state, but they wouldn’t be able to create laws on the matter for people living outside their state.

WE SAY: Atheism is a religion and also we say a government official that conducts a gay wedding on the courthouse steps is endorsing an “anti-religion”.
WE SAY:  Courts that side with the ACLU and atheists to remove religious symbols from public land is a direct violation of the Establishment clause because they are promoting one religion (Atheism) over another religion (Christianity). 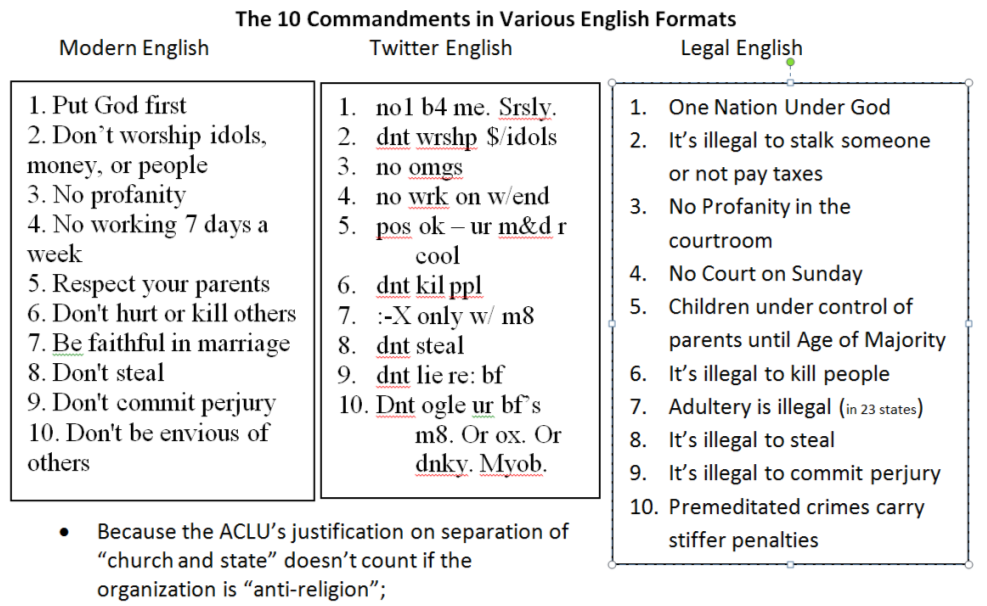