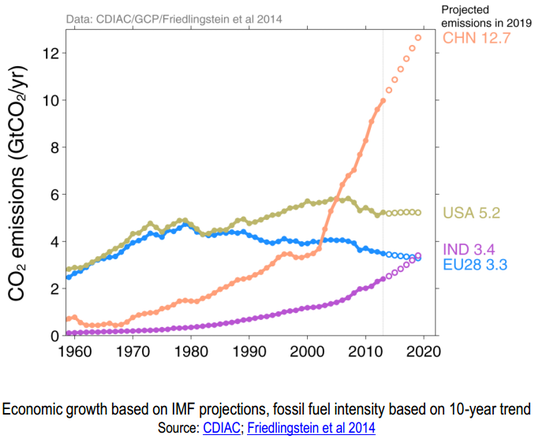 Here is a technical paper the Co-Founder of TheUSAParty.com wrote (with the help of several researchers) on Global Warming:
Technical Paper: "Anthropogenic Global Warming (or Man-Made Climate Change) is nothing more than Political Hype".
Presentation:  Global Warming Presentation - 29sept2015
Podcast:  Audio presentations entitled "Man-Made Global Warming is Political Hype" by TheUSAparty.com co-founder, Doug Thorpe, can be found at God-Talk.com.
Youtube:  Is under construction and will be available shortly.

To provide a summary of the paper, we separated the paper into four distinct tasks:
1.      Task #1:  Discuss how earth started out with Venus-like atmospheric conditions and transformed into the habitual conditions that we see today; it’s impossible to have a runaway greenhouse effect.
2.      Task #2:  The Global Carbon Pool and why an increase of 13.6% in carbon in the atmosphere is no big deal
3.      Task #3:  Discuss the basic problem when people talk about earth’s climate and only look back 400,000 years.  And Finally and most importantly,
4.      Task #4:  Discuss why the carbon dioxide concentration in the atmosphere appears to climb more than expected between 1750 and 1950 and doesn’t climb enough between 1950 and 2005.

We at TheUSAParty.com have nothing to gain by writing for or against Global Warming; we only wanted to present a technical paper so the reader and political leaders can make an informed decision.  To us it doesn't make any sense to make political decisions that cause harm the economy of this country while other countries can unfairly compete against us by using cheap coal that we ship to them!  The USA has had very little increase in CO2 emissions since 1972 even though the country's population has increased by 25%.  On the other hand, China's CO2 emissions will increase 357% from 2002 until 2020.  In 2002, China's emissions were 62% as great as the USA's; by 2020 they will be 244% MORE than the USA.  Why aren't we demanding China reduce its CO2 emissions before we purchase any more goods from them?

If environmentalists and liberal political leaders sincerely think that the earth was reaching a tipping point and CO2 emissions from coal-fired power plants were causing global warming, then why aren’t they DEMANDING that we boycott goods from China until China halts any further increase of CO2?  Especially since China has tripled their CO2 emissions in the last 11 years to more than double the emissions from the USA, while the USA's CO2 emissions haven't changed since 1972.

While writing this paper, the most bizarre information uncovered was that 45% of all known reserves of oil have already been consumed and oil is the smallest of the 3 fossil fuel resources.  And yet, 21 years from now it is forecasted to still make up the largest percentage of energy consumption in the world.  I have no reason to dispute the reference that oil will still provide so much energy, but I have to think that the time of “peak oil” has past and the cost of oil will rapidly increase to the point that it can no longer be a major energy source.

Oil provides us with so much more than fuel (e.g., plastics, lubricants, asphalt, etc.); it seems almost tragic that most of it is burned as gasoline and diesel.  If global political leaders want to lead the world away from an almost certain crisis in the future, then now is the time that we must steer away from the consumption of oil in the production of gasoline and diesel fuels and preserve this precious resource so future generations will have low cost access to oil derived products as lipstick, baby diapers, trash bags, cell phones, computers, etc.  We must convert our transportation infrastructure to utilize natural gas and electricity while the transition is less painful.  Using more natural gas and electricity for the transportation industry will result on higher demands for those energy sources, which will drive up their cost, which will result in more favorable economics for renewable energy sources.  And that is the goal of this paper, that renewable energy sources are increased due to a higher demand as a result of an increased demand for natural gas and electricity and not as some political war on coal or some short-term government handout.